Congratulations to all the boys basketball players who made the Big 56 all-section teams, including sophomore Jimmy Kunst who made first-team and head coach Tyler Stoczynski who was named coach of the year.

Kunst led the Golden Rams with 17.3 points per game. Stoczynski led Highlands to their fourth straight section title this season.

Senior Wahkeem Roman and junior Carter Leri were both selected to the second team. Roman averaged 5.4 points per game and Leri had 8.5 points per game. 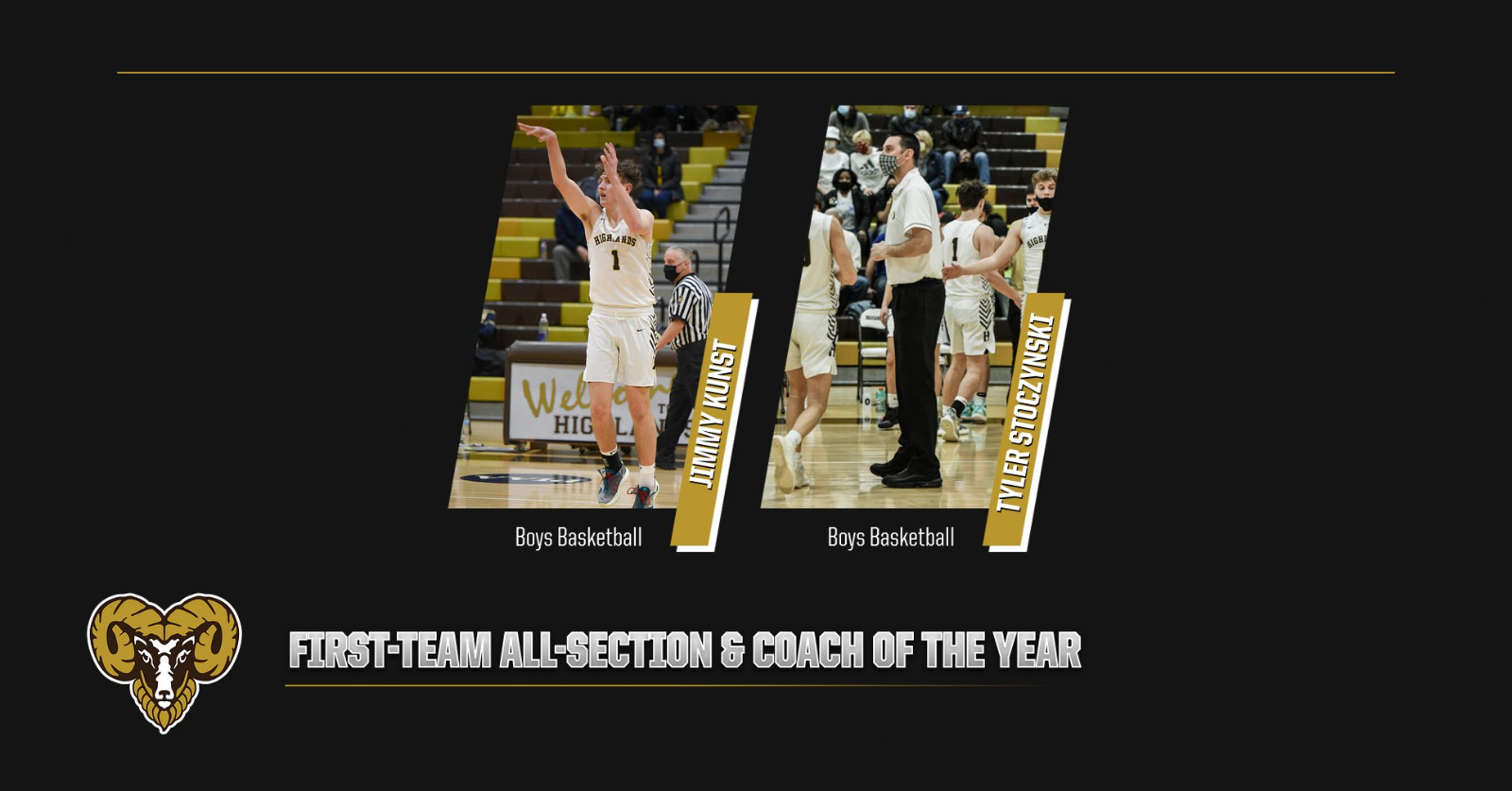